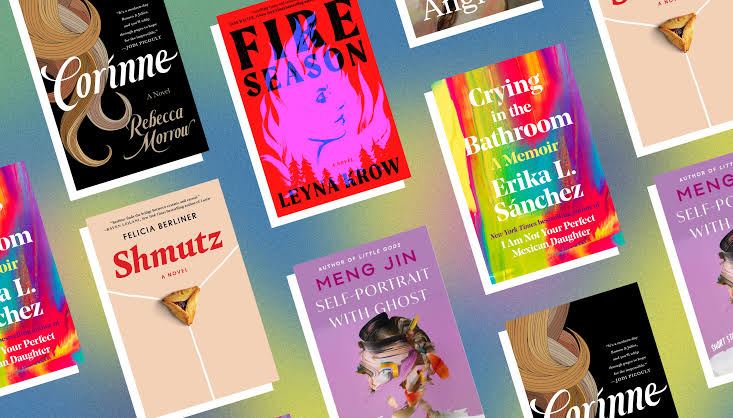 If you are getting bored on your Saturday afternoon because of an internet detox you are trying, then why not read some binge-worthy books?

You wouldn’t even know where the time has passed.

If you do not have these books, then simply download them for free from the pirate bay.

This psychological thriller will give the unstable narration a new meaning. Written by the bestselling writer Ruth Ware, this story will take you through a whirlwind of plot twists and confusion.

To the point that you wouldn’t be able to keep the book down. We have readers finishing the book in a span of 24 hours, all just putting down the book for necessary activities.

The story begins with our narrator Nora Shaw getting a sudden email invitation to a weekend hen party of a long-lost friend. Not only was it out of nowhere, but it was shocking because she had lost contact with her ex-best friend Clare years ago.

Nora is hesitant but then, cursing her own hesitance; she decides to make the journey to the glass house. An isolated cabin in the outskirts of dark wood. However, the story takes an interesting turn when she discovers that Clara is marrying James, Nora’s ex-boyfriend from school.

We all know that one big thing which keeps us hooked from the very beginning, and we absolutely cannot stop reading until the end. Verity is one such book, and Colleen Hoover very eloquently proves that she is not that writer who always writes tear-jerking romance novels; she can even write a blood-curdling psychological thriller masterpiece.

At the beginning of the story, we come across lower Ashleigh, a struggling writer who gets the lifetime of an opportunity when she is asked to continue Verity Crawford’s bestselling series as a ghostwriter.

Since Lowen never really cared for fame, the bulk of the money was all she cared about. However, when she reaches the mansion of Verity Crawford, there is something eerie and sinister about the house. Lowen attempts to shake the feeling off, but in vain, as she stumbles across Verity’s journal.

The journal started narrating the tale of a very villainous and sinister Verity Crawford. Till the end of the book, it is hard to tell which story is real, which is not, and who is the actual manipulator.

Alex Michaelides conquered the literature world with fire with his debut novel ‘The Silent Patient.’ Unputdownable, the story begins with an unstable narration by Theo Faber, who himself had a very tumultuous childhood, and chose psychotherapy as his profession to understand his own issues better.

However, the story of Alicia Berenson, who shot her husband Gabrielle six years ago and then never spoke again, always intrigued him. He took a job in the same mental institution where Alicia was admitted and was adamant about making her speak.

But, the reason why this story is so binge-worthy is that it makes us wonder about two things.

– What really happened between Alicia & Gabrielle that night, when they seemingly had a perfect life?

– Why, out of all the patients with a psychotic history, was Theo so hell-bent on reaching Alicia?

Since we are approaching the end of this excerpt below, we want to change the tune a little. The other three picks are mostly thrillers, but if you wish to read a crime on your cozy Saturday afternoon, which will not scare the bejesus out of you, then why not go for a binge-worthy cozy mystery?

Mc Beaton, her Agatha Raisin series, is known to be the queen of cozy mysteries. Having been adopted into radio dramas and even television shows, these books won’t be a disappointment.

We recommend you start with the first book of the series, ‘Agatha Raisin & The Quiche Of Death.’ An early retired London Pr executive who moved to Carlsey after taking early retirement.

But, the village was not as welcoming as she had hoped, and after shamelessly cheating at a Quiche competition, Agatha is the prime suspect of a poisonous murder caused by that Quiche!

She now has to become a secret amateur sleuth to prove her innocence and be more amiable with her villagers.