How Benzo Prescription Turns into an Addiction 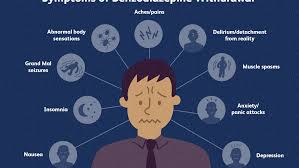 Benzodiazepines or simply benzos are prescription sedatives that work on GABA neurotransmitters of the brain. Their sheer effectiveness in calming the mind makes them one of the favorite drugs of people.

People take benzos due to the simple fact that they work. They are meant to create a state of well-being. They do their job well. And this is where the trouble begins.

Because they work so well, people want to continue using them even after the prescription is over.

The wrong belief about prescriptions

According to specialists at the Illinois drug rehab center, most people fail to understand the consequences of deviating from a doctor’s prescription. Perhaps that’s why they continue to take benzos after the prescription is over or do not hesitate to take a dose higher than prescribed.

They are under the notion that because benzos are prescription drugs, they may not be as harmful as other drugs.

According to experts, benzos are dangerous drugs. The way they act on your brain and the way they are chemically structured, both, make them easy to abuse and get addicted to.

Why benzos are so addictive?

According to research, benzos create a flood of dopamine in the brain. This gives the user a strong feeling of pleasure, which is irresistible. Research has shown that benzos can be as addictive as opioids. They have the power to alter brain structure. They affect certain brain receptors in a manner that the brain becomes dependent on this drug.

A lot of chemical reactions take place in your brain when you take benzos. The end result of these reactions is a feeling of intense happiness, calmness, and euphoria.

Who wants to give up all that?

That’s one of the reasons people continue to use benzos. For the same reason, it is hard to go off the benzo. In fact, benzo withdrawal can produce some very terrifying symptoms.

It is found that people develop a tolerance for benzos on an average of just 6 months of using the drug. Many people become physically dependent on the drug sooner than this. Experts estimate that around 44 percent of users of this prescription drug eventually end up becoming dependent on it.

Once dependence happens, it is not easy to stop taking the drug. You need a supervised program to go off the drug slowly. Doctors never advise going off the drug all of a sudden, whether at home or in a rehab center.

If you have developed a dependence on a benzo and wish to quit taking this drug, you must enroll in a professional drug rehab program.

Withdrawing from benzos can often create uncomfortable symptoms. Some of them can be life-threatening, such as psychosis and seizures.

Please do not think you can continue taking benzos for life. It can destroy your physical and mental health over time. Studies prove that people who take benzos for 6 months or more are at 84 percent higher risk of developing neurodegenerative disease.

BillPay AdventHealth Com- How to Pay Your Medical Bills